Robbie, It's a Girl!

August 20, 1988, life for me changed drastically.  It was the night our first son, Nathaniel, was born and the beginning of parenthood and everything that went with it – diapers, teething, bottles found behind the sofa a month after they went missing.  I had always wanted to be a father and had some strong views on raising children, which haven't changed much over the years even though some might think I surrendered.  Two years later, almost to the day, our second son, Christopher, entered our lives and doubled our efforts as well as the diaper volume.  Another two years and Zachariah exploded on the scene and life was forever an adventure.  Three boys, each one as different as their deliveries, now took up our time, our money and our love.  Poor Char was the only female in a house full of sweating testosterone.

As each son grew there wasn’t anything I couldn't handle.  I knew about jock straps, cups and wet dreams.  When girls went from gross to yowza I was right there explaining the birds and bees and how to avoid the nectar until it was time and then how to get it without getting stung.  It was I who held Char as she cried when some undeserving female tried to steal her boys from her and then held her back from murder when those same girls broke the boys' hearts.  It was I who taught my sons chivalry and how a lady should be treated.  It was always a fight when they each tried to open their mother's door, and it's been amazing to watch how they've grown into romantic men.

As my sons became men I counted myself lucky that I didn't have to worry about makeup or feminine products while I grumbled about my shaving cream being empty and my deodorant stolen.  Razors are cheaper than foundation and I only had to deal with hair in the sink instead of curling irons, flat irons and blow dryers.  My house was layered in Hot Wheels and Legos as they grew up, never Barbie.  Potty training in public of course fell to me but that was a small price to pay.  Once you conquer the art of aiming it’s pretty much a steady stream from there.  Besides, boys love peeing in the woods on camping trips or simply in backyards.  Zac once peed under a slide at a playground during his birthday party.  We’re men.  We’re not particular about where we urinate.

Our home was a man cave with doilies and Char was spoiled as the only resident lady and could buy her own tampons.  The trick to getting them to do that is to keep bringing home boxes of Depends.  “But it says it’s absorbent for hours.”

A few years ago the Y chromosome tripled in our family when Teri became a part along with her daughter, Heather.  A girl.  I knew nothing about girls.  Women, yes; girls, no.  The advantage was she had already passed the Barbie stage as well as puberty.  Still, there's quite a bit left and all of it was new to me. 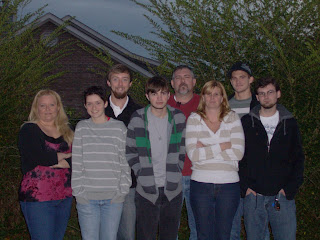 A few months after they moved down, I was sitting on the couch one day when Heather plopped onto the cushion beside me.  I put my pen down and surrendered my attention.  "How was school?"

"Rough.  I started my period and someone kicked me in the vagina."

"Okay, never use the word vagina in my presence again.  And talk to the girls about your period.  We don't need to discuss that."

"But you asked how my day was."

"Yeah, school-wise, like how are your studies?  Are you getting new friends? That stuff."

"Rob, vagina is a perfectly good word.  I could have said..."

"And doesn't Char have periods?"

"Not openly discussed ones!"

She pushes off the couch laughing and gets as far as the kitchen before turning around.  "Hey, Rob."

"Yes?" I answer, glancing up, pen back in hand.

And the word was worked into as many conversations as possible for the next month.  That's our Heather, part tomboy, part lady, part rascal.  Each of our kids is creative in some way.  Chad is in school to be an architect, Nathan is a musician, artist and writer, Chris is an artist and photographer while Zac is creative with his daredevil stunts and excuses.  Heather is a little of all of it wrapped in a pale woman's form – artist, poet, actress.  The actress part comes in real handy when she’s trying to match Zac in the excuse department. 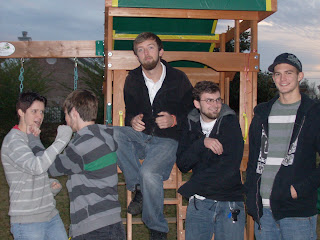 Outside of working with church people, Heather has taught me the most about patience.  I just never knew what was going to happen next - good or bad.  Take the time my phone rang at 2 am and it was the police telling me that they had found Heather with another girl by the railroad tracks and could I come and get her.  A night at a friend’s house turned into a very lengthy midnight stroll.  At two in the morning you don't want to go get anyone.  But, we did.

Whatever Heather gets involved in, though, she always throws herself wholeheartedly and full force into it.  Whether it's theater, work, LARP or her friendships, she has been and always will be a girl of extremes.  Furthermore, when she makes her mind up about something there is no shaking her.  I know because I've wanted to shake her a few times.  She has strong opinions just as I do and even though we don't always see eye to eye, I respect her for the solidarity of her beliefs even in the face of opposition.

I'd say she likes to push the envelope some except she ripped it to shreds a long time ago.  She has so much energy that the power company would do well to harvest it.  I've never seen someone without ADD move around so much and yet, she is rarely ever sitting down.  Even when she has managed to plant her backside in a chair, her body still wiggles more than a two-year old trapped in a highchair.

I was also soon placed in the negotiator's position whenever she wanted something and figured her mom was going to say no.   Several of our conversations started with “Rob, I need your help” or “Can you talk to mom for me.”  Now it’s “I want to run something by you first.”  The first battle was cutting her hair.  When Heather first came down she had long walnut hair, which she desperately wanted to cut and which Teri was dead set against.  Then, it was dying it different shades of blue or red and then it was issues of dress and that freedom of expression that the younger generation have with their clothing. 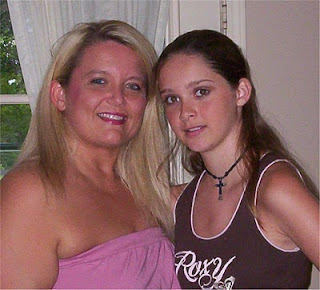 "Pick and choose your battles.” And on the trivial things like blue hair dye Heather was given the green light.  However, she also knew where the solid lines were and rarely pushed against them.  Still, she was a teen and pushing boundaries is what they do.  Right, Zac?

I’ve learned how to communicate your true wishes to Heather over time.  A few months ago she came to us asking if we thought she should get a puppy.  She really wanted it and it needed a home and was so cute. My first response was “It’s a great idea!  Fantastic idea having a dog around.”

Teri just looked at me.  “Are you crazy?  She’s in her own place, an apartment.  She works sixty hours a week.  When is she ever going to be able to take care of a dog?”

Heather thanked me and left, confused.  Once she was gone I looked at Teri.  “She always does the opposite of what I think is a good idea.  So if she thinks I like it, she’ll suddenly think it’s a bad idea.”  The philosophy works for most teens, by the way.

Some may have seen different things when glancing at Heather and I'll admit there were times she and I had it out, both of us strong-willed and stubborn.  However, diamonds are only made under extreme pressure and Heather is a diamond.

The one trait that I respect the most and I wish more people had is her protective mode for her family and friends.  In this, she and I always see eye to eye.  The night that the police called us, as soon as I was on the scene Heather ran up to me slipping a pack of cigarettes into my hands.

"They belong to the other girl.  She'll get into trouble if they find them on her.  Pleaseeee."

Here she is about to face the firing squad herself and she's playing big sister.  Heather has always fought for the underdog.  There are no hard luck cases as far as she can see and she's one I would want in my corner any day of the week.  I would take all of our kids in a fight and Heather and Zac I know would be swinging the hardest.  I know, because they have.

On Father's Day a couple of years ago, Heather bought me a small, thin book titled, "Why a Daughter Needs a Dad, 100 Reasons.". She taped two things in the front.  One was a picture of her and me at Fort Benning where we attended a family reunion.  The other was a letter she wrote to me, which I'd like to share a couple of lines from.

"Rob, I know that we have had our fair share of ups and downs these past two years that we have known each other. We have fought together, cried together, laughed together, gotten lost together and found our way together.” And we had done all of those things and done them twice over since.  But that's what families do.  We fight amongst ourselves but in the end everyone has the other one’s back.  Friends come and even faster go.  I know this first hand.  But family will rescue you at 2 am and hide the cigarettes. 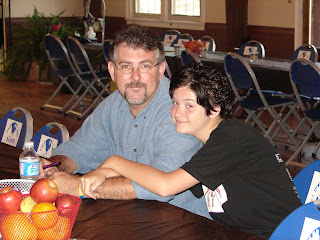 She goes on to write a lot of other things too personal to share.  Those stay between Padre and Whipper Snapper.  However, I'll allow her words to close this essay.  "I don't think that I will ever be able to tell you how thankful I am for everything you have done for me and my mother, and I honestly pray that I make you proud of me as I grow into the person I will become; the person that you helped me become.  Love, Your daughter."

And, Heather, I am proud.